Hiring managers, are you struggling to find qualified, skilled and reliable engineers to fill your vacancies? According to The Engineer, a recent survey* conducted by The Institute of Engineering and Technology  (IET) highlighted that less than half of new engineering recruits have the necessary skills to work within the industry. Yes, you read that correctly – less than half!

Unsurprisingly, 96% of employers who identified a skills shortage admitted it impacted recruitment, making recruitment timelines much longer. Perhaps more telling are some other findings from the survey that confirmed that only 45% of companies who see a skills shortage actually provide additional training for their apprentices and graduates, and 25% simply recruit fewer apprentices as a result. So, it certainly doesn’t look like things are going to improve overnight.

All of these factors make recruiting that ‘perfect candidate’ an even tougher task than usual.

However, hiring ex-military engineers – a large and relatively untapped talent pool – could go a long way in helping companies not only fill roles but fill them with high-quality candidates who have the skills and experience the industry is crying out for.

Despite being highly experienced and qualified (personnel leaving the Armed Forces often possess recognisable UK qualifications including NVQs, Higher National Certificates/Diplomas, degrees and specific trade qualifications), research funded by the Forces in Mind Trust (FiMT) found that over a third of service leavers over 50 years old reported experiencing ageism, anti-military bias or both.

A different survey from FiMT, showed that veterans face negative stereotypes when applying for jobs. In fact, nearly one fifth (18%) of UK organisations surveyed were unlikely to consider hiring veterans due to negative perceptions of their time spent in the Armed Forces.

In an article for People Management, Ray Lock CBE, Chief Executive at FiMT argues that veterans have certain skills and attributes that equip them particularly well for the modern and changing world of work. He also argues that firms who employ veterans see them outperform similar non-veterans in a number of areas.

Quite frankly, we couldn’t agree more. Veterans represent a unique, diverse and high-performing source of talent. Yet many employers are missing out either due to a lack of knowledge about the military and ex-servicemen and women or misconceptions based on negative stereotypes.

Ex-military engineers have a huge number of transferable skills that could provide crucial relief to an engineering industry currently struggling with a significant skills gap.

Military service fosters leadership, organisational skills, flexibility, resilience and many other qualities, all of which can be valuable assets to any team and company.

Below are just 5 transferable skills that ex-military engineers could bring to your organisation.

The Institute for Civil Engineering lists communication skills as one of the top 5 transferable skills required for civil engineering.

A candidate could have the best technical skills in the world, but if they are unable to communicate efficiently and effectively, it is going to severely restrict a team or project’s chance of success.  Messages that are poorly delivered can lead to workplace misunderstandings, breakdowns in team cohesion, as well as wasted time and resources.

Ex-military personnel understand more than most the critical nature of effective communication, and not just within their own teams. They will have experience communicating critical information, clearly and coherently up the line to their own leaders and superiors as well as team members. Being able to communicate well with various types of people, at different levels, ensures a project or task stands the best chance of meeting and exceeding its objective.

An engineer’s job is first and foremost about solving problems. Their vast experience of problem solving and processes, coupled with their ‘can do’ attitude fostered through years of military service, often means ex-military engineers have excellent problem-solving skills. Ex-military personnel excel in using their initiative to overcome hurdles and would utilise their critical reasoning skills well in a civilian engineering role.

In fact, The New Engineer states that problem-solving is an important skill for engineers to have, not only because it enables them to find effective solutions but because it also allows them to determine the root cause of a problem and prevent it from recurring again.

We’re all familiar with the overused cliche, ‘teamwork makes the dream work’. Ex-military personnel understand the importance of working together as a team and the value of good leadership – it’s been ingrained in them from their very first week of training. Veterans have excellent leadership skills, and will have experienced increasing responsibilities being placed on them as they progressed up through the ranks during their military career.

As well as this, the high pressure, often dangerous, situations they found themselves in whilst in service means that they understand just how fundamental and rewarding working well as a unit towards a common goal can be.They also understand the importance of great leadership and what makes a true leader, enabling them to step up and lead a team to success, if required.

It goes without saying that ex-military engineers will be accustomed to working in highly pressurised environments so will be comfortable with having to act decisively and calmly in a crisis. Whilst working in a fast-paced environment, the ability to stay cool, calm and collected in the face of adversity is a skill that cannot be underestimated. Where others may fall apart and panic, ex-military personnel are likely to be incredibly reliable in these situations.

All workplaces need to be up-to-date with the most recent rules on hygiene, health, safety and protection – no matter what the industry. Ex-military engineers will be incredibly familiar and crucially, already engaged with the importance of health and safety procedures and will likely have a very strict adherence to them.

This awareness and mindset will only be a benefit to the teams in which ex-military engineers are a part of as well as the companies they work for.

These 5 transferable, yet crucial skills, make many ex-military engineers the perfect candidate for civilian engineering roles. This, coupled with the fact that many employers actually report increased loyalty and engagement amongst their ex-military employees mean ex-military engineers are well worth considering for your next vacancy. In fact, research carried out by Deloitte , showed that 76% of employers said that veterans tended to have lower rates of sickness absence when compared to their non-veteran workforce and are likely to be promoted more quickly.

Give us a call or drop us an email, and we’ll get to work.

*The full survey by the IET can be found here. 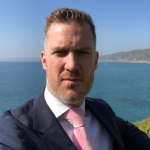