The Impact of IR35 on the FMCG Sector | The Sterling Choice

Being a business in the food manufacturing and FMCG sector, we couldn’t ignore the impending changes when it comes to tax. Being a sector that relies heavily on Contract/Interim employees, the legislation being introduced is going to have an enormous impact on both the companies relying on interims, as well as the Contractors/Interims themselves.

We estimate that 90% of individuals in the food manufacturing industry will fall inside the IR35 legislation. The skills shortage coupled with other elements, such as a lack of focus on the issue of employee retention and company culture, have contributed to the increase in Interim employees.

Another substantial driving force is the general awareness that there is far more money to be made by operating as an Interim employee through a limited company, whilst behaving as a full-time employee, means that many individuals have chosen to switch to this strategy.

But are we about to witness the decline in the new wave of interim workers? Very possibly.

First things first, let us address what IR35 is. Created with the purpose of preventing tax avoidance by both interim workers, and the businesses that hire them, IR35 is comprised of two pieces of legislation that form part of the Finance Act.

The legislation was first proposed back in April 2000, and is officially known as the Intermediaries Legislation, while commonly referred to as ‘IR35’ or ‘off-payroll working rules’. Interim or contract workers that have structured their business as a Limited Company or personal service company will be affected.

New rules introduced in April 2020 are designed to solve the problem of ‘deemed’ employment, whereby firms take on workers on a self-employed basis rather than through a contract, making them ‘disguised employees’, enabling the company engaging the worker to avoid paying national insurance contributions and offering employee benefits, while the contract or interim worker enjoys significant tax relief.

Essentially, HMRC want to stop those interims who aren’t really operating as interims. To be specific, those interims that in reality, are working as employees, yet taking advantage of the tax efficiency of working through the guise of a limited company, are being looked at very closely by HMRC.

As we’ve said before, it’s no secret that ‘interim’ workers will be working for the same position, at the same business for months, if not years – giving both the hiring party and interim worker significant financial benefits.

So how is IR35 going to affect interim workers?

IR35 is not an easy piece of legislation to navigate, and many find it complicated to understand. There is a distinct lack of clarity when it comes to employment status guidelines, leaving both employers and interim workers unsure.

The impact of IR35 will be significant, reducing the net income of an interim employee by up to 25% and costing the company a substantial figure in income tax and national insurance contributions.

In short, it will be the hiring company’s responsibility to determine whether the individual truly is working for them on an interim basis. And let’s be honest, when put simply, deciding if an interim is in fact a long-term employee providing you with a tax break isn’t challenging.

Now, we know that the interims working through a limited company are paying corporation tax on their profits, claiming business costs against their tax bills, avoiding full NIC contributions, topping up low wages with dividends and they’re the same workers that will now suffer. But they will only suffer if they are not true interim workers.

But why is the FMCG sector relying so heavily on interim workers?

We have covered this topic in several of our blogs, listed below.

There is known to be a skills shortage in the industry, which can only be tackled with a shift in their approach to engage, support and progress employees in their careers. The companies that struggle to recruit and retain permanent employees that take on interims, only end up relying on them for months because they now know the company’s processes, team and the role at hand.

At this point, employing a full-time permanent employee would prove costly to a company who won’t have been paying NI contributions while using an interim. Therefore, it becomes a cost-efficient and simpler to retain their status as an interim.

What is the positive impact of IR35?

If we are all truly honest with ourselves, IR35 will generate a huge amount of money that will enter the economy, and we believe this is great.

IR35 could transform the mentality surrounding company culture and employee engagement in the food production and FMCG sector and drag it back from the dark ages.

The introduction of IR35 should positively impact company culture, and the way that companies engage their employees. Many businesses within the sector are still approaching recruitment in the same way that they did 10-20 years ago, believing that their candidate should regard themselves as ‘lucky’ for having been invited to an interview. In reality, we are in a job-seekers market, and to attract, and more importantly, retain, high-quality candidates, employers should focus inwards, and change their attitude towards recruitment, retention and training.

While the IR35 is certainly going to shake up the industry, if you are employed as an interim, but operating as a full-time employee, it is only right that you are contributing the same level of tax as full-time employees.

This new ‘career’ of becoming an interim worker through a limited company but operating in the same way as full-time permanent employees is not what being an interim is about.

We view the introduction of IR35 into the sector as a positive force, and we await the outcome and changes it will push through. We could be at the new era of FMCG with regards to recruitment and retention. 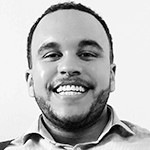