Which Supermarkets Work with UK Food Suppliers? Part One - The Sterling Choice

Which Supermarkets Work with UK Food Suppliers? Part One

Earlier this year, a report was commissioned by one of the ‘Big Four’ UK supermarkets, that led to Professor Tim Benton from the University of Leeds to send out a public warning.

“The future of the UK food system that we advocate is a response to the risks and uncertainties of the future. It is not to disengage from reliance on global trade, but to hedge our bets by increasing local production for local consumption,” Benton argues in the report.

We only have to look back to this summer, when the UK was blighted by shortages of courgettes and other fresh produce, because of the unfavourable weather in southern Spain. Currently, we rely heavily on foreign nations for fresh items, and in the winter, around 80% of Britain’s leafy vegetables come from this area. 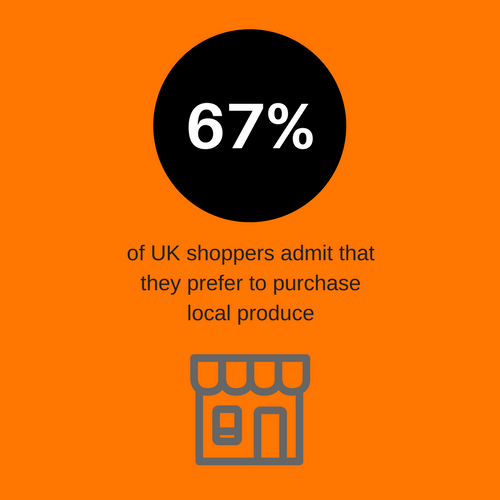 Clearly, events such as the summer’s shortage, along with the pending exit of the European Union have led to many British citizens turning their attention to home grown suppliers, with 67% of UK shoppers admitting that they prefer to purchase local produce. So, while the British public has clearly stated that they want to eat food supplied from with the United Kingdom, the potential to provide this currently varies between types of food.

For instance, only 23% of the fruit and vegetables we consume are from within the UK, while 62% of the cereals and 80% of meat and dairy are ‘home-grown’.

So, with this information in mind, which of our supermarkets are supporting UK suppliers to their best of their ability?

In July, it was announced that Morrisons was to become the first UK supermarket to commit to only selling British meat, and would stop selling imported fresh meat, such as Lamb from New Zealand, which it has previously done during the winter months.

Just over half (52%) of the produce stocked in a supermarket is British, Morrisons have exceeded this benchmark, reporting that around 66% of its produce is sourced within the United Kingdom. As they operate on a different model than other supermarkets, by making deals directly with growers and farmers, rather than buying from intermediaries, they are able to make this commitment. 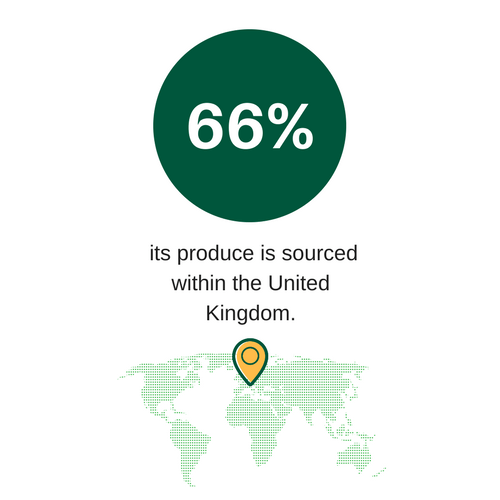 The supermarket also owns its own processing plants and abattoirs, and its livestock buyers purchase the animals directly from farmers. They also have their own bakeries and produce-packing sites, enabling them to become more self-reliant.

Morrisons have had a long-standing ‘Milk for Farmers’ campaign, whereby 23p for every four-pint bottle is paid back to their farmers, while for cheese, 34p is paid back for every pack sold. All of Morrisons own range butter, yoghurt and cream is made with 100% British milk.

In February of this year, Morrisons further cemented their commitment to British suppliers by saying that they intended to recruit 200 more to reduce their reliance on imported produce.

Tesco have previously been criticised for fraudulently tapping into the consumer trend of wanting to buy ‘local’, by creating fictitious farms on their labelling for meat and fresh produce. For instance, their spinach was labelled ‘Redmere Farms’ while their strawberries donned a ‘Rosedene Farms’.

While Tesco boast that their team of 45 ethical trade managers work to ensure that their products are sourced to the highest ethical standards, and that they have created Sustainable Farming Groups across the UK to enable them to build strong and long-lasting relationships with farmers – there is little information about their commitment to UK suppliers.

In fact, they announced the decision earlier this year to move away from British Sugar, who use British sugar beet to produce its refined sugar, and instead import Tate & Lyle sugar that is grown in countries such as Belize, leading to MD of British Sugar claiming, “If Tesco wants to get the credit for being supportive of British farmers, then they should support British farmers.”

However, at the other end of this argument, Tesco bought excess produce from its fruit farmers over the summer to prevent the bumper yield from going to waste. This caveat is included in their contracts with UK farmers, and has seen them take on extra supplies of carrots, cauliflowers, strawberries, lettuce, and celery previously.

The stores own label dairy produce is also reported to support the UK dairy industry. According to the NFU, all of the cheese they stock is 100% British, with the exception of value lines which are Irish. Its own label butter is made using British milk, as is its standard yoghurt, with origin protected items such Greek yogurt being an exception, and Tesco single, double and extra thick double cream are all 100% British.

Asda state they are committed to local sourcing, and currently work with over 600 local suppliers, enabling them to stock over 6,000 local products across their stores. For example, in Cumbria, a local sourcing initiative sees more than 80 products from local farmers and small-scale producers sold in store, while Scottish breweries Broughton Ales and Belhaven have their craft beers sold in fifty stores across Scotland. 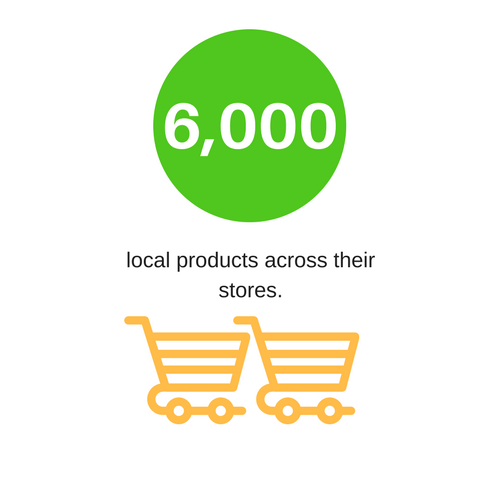 With regards to meat, Asda sources its Pork from a UK-based supplier, but not all of the meat is from the UK. It has committed to increasing its British Pork supplies to 80%, however, all of its own brand sausages are produced using British sources. It sources its Beef through ABF, and has worked with specific farmers through the BeefLink programme; this initiative has seen knowledge and best practice sharing occur, improving the efficiency across UK farms, improved investment in farms leading to improved quality, reduced waste and animal welfare standards being raised. They also work with farmers with a similar LambLink scheme.

When it comes to dairy, farmers working with Asda are paid a minimum floor price for their fresh liquid milk.