Why is it that most staff in HR are female? - The Sterling Choice

Why is it that most staff in HR are female?

It’s well established that HR is one of the few career paths heavily dominated by women. While it’s easy to roll out lots of tired stereotypes and make assumptions about the reasons behind this, does the statistical data and industry analysis support the logic being presented?

We’ve all heard that women are naturally better suited to HR because they have more empathy and better people skills. However, for many serious HR professionals, this reduction feels oversimplified. Whether there is a genetic predisposition to the role, and how big a factor this plays, is a hotly debated topic.

The Chartered Institute of Personnel and Development (CIPD) has an overwhelmingly female membership base (79%). As the professional body for the HR industry, the membership figures provide a good overview of the UK’s HR industry in general. For an industry with such a dominant female workforce, we still see some disparity in the more senior roles, where despite the lack of men in HR they still seem to be disproportionately represented.

Is the answer in HR’s history?

The earliest recorded HR type roles can be seen as far back as the late 1800s. These were referred to as welfare workers and their primary function was to take care of women and children in the workplace. Because the role was initially created to serve women and children, all these welfare workers were women. It wasn’t until the two world wars that we began to see an expansion of the role to include recruitment and training.

It’s undeniable that HR’s history is directly intertwined with the story of women in the workplace over the last century or so, but we are now so far removed from this period it’s hard to think this stereotype would still permeate the industry in any meaningful way.

Is education steering girls towards HR?

Approximately 80% of those taking postgraduate HRM qualifications are female. This is in heavy contrast to a profession like engineering, where only 9% of the workforce is female. The majority of graduates that go into HR tend to have a background in courses that are more popular amongst women, as opposed to STEM subjects where women are underrepresented.

It’s impossible to understand to what extent our educational choices are influenced by cultural factors. It’s only in recent years we have started fully understanding the importance of socialisation in character development.

In our increasingly equal world, it can be refreshing to remember that in 1970 the ratio of men to women who were considered to possess exceptional mathematical ability was 13:1, where today it’s 2:1. The average woman hasn’t suddenly become a lot more mathematically astute, our society is now closer than ever to providing equal access to education for all children.

Another factor that could also play an important role is the general perception around the industry. We all want to enjoy work and have opportunities to progress. With the gender disparity in HR coming up regularly, young women may well be drawn to the profession for just this reason, while some young men may be put off. This would create a self-perpetuating and self-fulfilling prophecy.

The reverse could also be equally true in other professions, such as computer programming, where we see a majority of men.

Do we even need to be having the discussion?

Some people think the fact HR is dominated by women should simply be left alone. After all, there are still so many areas where women are underrepresented, is this discussion really necessary?

However, the modern workplace is becoming increasingly diverse, and the next generation of young professionals is more likely to believe diversity should be an organisational imperative. After all, it is the role of HR to address diversity issues, so we should be able to appeal to people with a range of ethnic backgrounds and gender identities by focusing on the positive within the industry, so more people choose it as a career path. Despite the gender inequality in HR, what should matter is whether the job is being performed well. While workplaces that are more inclusive benefit everyone, a company’s success is still crucial to continued employment. Therefore, we should all want the best people for any given role, regardless of gender. 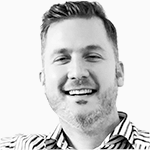