Where Will Our Food Come from After Brexit? - The Sterling Choice

Where Will Our Food Come from After Brexit?

In our previous blogs, we have touched upon the implication that Brexit is going to have on the labour force and supply chain in the FMCG and food sectors. To recap the key points – 30% of employees in these industries are from foreign shores; and when you break the data down further, it looks something like this –

Suddenly the gravity of the situation becomes very apparent.

But, along with the potential disruption to the FMCG and Food sectors with regards to the labour force, there also lies an enormous question-mark over where our food will come from when we officially leave the European Union.

Currently, the import vs export position of the UK is very unbalanced; to put this into perspective, in 2015, we imported £38.5 billion of food and drink, but only exported £18 billion worth of food.

Remember back to the early summer months of this year; the fruit and vegetable aisles of supermarkets were void of spinach, courgette and strawberries because of the bad weather in southern Europe. 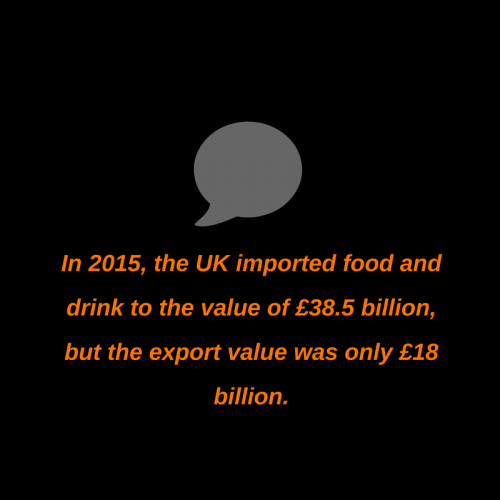 Earlier this year, the Institute for Fiscal Studies said that the future of food prices will remain ‘highly uncertain’ until solid trade negotiations are made. Many of us are hoping that there will be a free trade deal made between the UK and the EU before the March 2019 deadline, otherwise the UK will be forced to trade under the ruling of the World Trade Organisation, and as a result, food prices are likely to increase.

The British Retail Consortium has stated that the absence of a trade deal between the UK and the European Union will see the price of imported food rise by 22%.

In this scenario, the UK would be obliged to place tariffs on EU imports, unless it was prepared to impose zero tariffs on all World Trade Organisation members, as we would be unable to set tariffs that discriminate between various trading partners.

We have already seen the prices of some of the nation’s favourite products increase over the past twelve months. For instance, Nescafe Original has risen by 14% since the Brexit vote, Walkers standard bags were set to rise from 50p to 55p because of the ‘weakened value of the pound’ since the vote, Marmite has increased by 12.5% and Weetabix is also set to increase.

While we cannot argue that the increase of price is an extremely concerning matter to households across the country, there is also a large degree of apprehension with regards to where our food comes from and if the quality of the food on our supermarket shelves is going to be compromised as a result?

There has currently been no promise that current EU food quality regulations will be maintained once we have withdrawn from the European Union, and there has been much uproar over the stories that have followed this news. 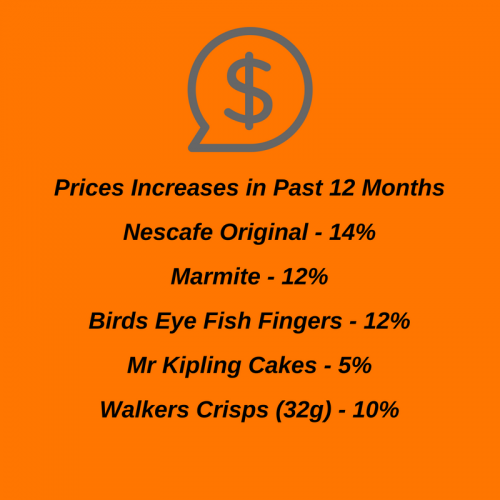 Trade talks with America have faced backlash, as its widely known that their farming practices sees cattle fed with growth hormones, chickens washed with chlorine, beef washed with lactic acid, genetically modified crops and the practice of feeding waste meat back to animals. The current import of these food items are banned are the current EU law that we adhere too.

There has also been rumours that British farmers, producers and suppliers would be forced to lower their standards in order to compete with the American imports.

However, David Coker, Finance and Governance lecturer at Westminster Business School has tried to alleviate these fears by offering a new perspective, “UK importation of food produced in the US can actually raise American food standards while lowering British food costs, increasing our food safety. In other words, we don’t need to lower our existing food standards to trade with the US.” 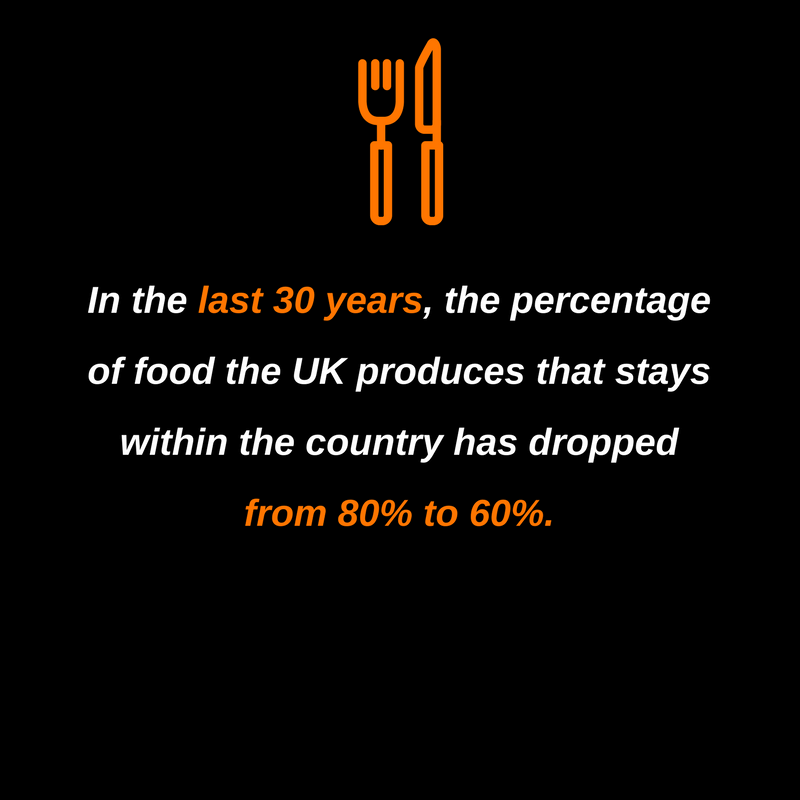 There is a movement within the Food sector that is vowing to support local food sectors; Morrison’s have been forthcoming about their commitment to UK suppliers, and already source 60% of its supplies from within the UK as well as having pledged to recruit a further 200 British suppliers. Tesco, Asda and Sainsbury’s have not yet revealed their commitment. There is no doubt that the industry will be watching Tesco’s move closely, after the scandal that saw them use fictitious farms on their packaging to mislead customers into thinking they were buying from local, or family-run businesses.

In August, the National Farmers Union urged the nation to increase home-grown food production. Of course, there are barriers to an entirely self-sufficient model; not only will consumers need to acknowledge and accept that some produce simply wouldn’t be available all year round, Britain doesn’t have the land to grow all of the crops and keep all of the animals that the country eats, not to mention the climate doesn’t allow for some favourites such as banana and avocados.

However, to give kudos to the NFU’s request – 30 years ago, the UK produced 80% of its own food, with the figure currently residing at 60%.

Currently, 31% of Britain’s food supply comes from the EU, and Brexit has highlighted the fact that the age of plenty that we live in is fragile and could collapse if we can’t strike up ambitious trade deals.

We appear to be in the middle of a catch 22, Brexit will see food prices rise and potentially lower standards, but as the FMCG and Food sectors rely heavily on foreign labour, we won’t have the work force to support an intense home-grown model.