What Does Brexit Mean For The Food Sector? - The Sterling Choice

What Does Brexit Mean For The Food Sector?

While much of the Brexit coverage is currently homing in on the Freedom of Trade/Freedom of Movement stalemate (both of which are critical for the future of the industry) – it’s important that the overall implications are understood, and for us – that means the repercussions on the FMCG sector.

Leaving the EU has the potential to be incredibly disruptive to the industry; in regard to the supply chain, sourcing ingredients and labour shortages.

There is also 4,000 pieces of EU legislation relating to food that will need to be replaced along with regulatory infrastructure provided EU bodies.

A recent report carried out by food policy experts from three of the UK’s major universities has warned that currently, the UK is unprepared for the changes that will come about to its food supply system.

So far, a scarcity of defined vision with regards to the future of the food and agriculture industry could mean that even a ‘soft’ Brexit could have consequences for the quality, supply and price of food in the United Kingdom. 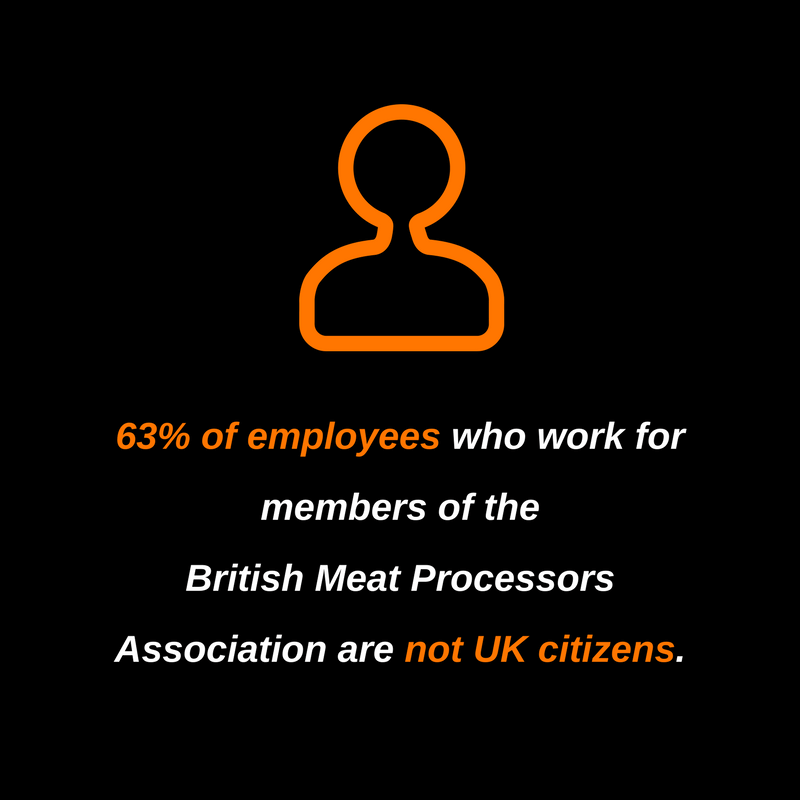 The paper reported statistics that included around 20% of all employees in agriculture labour come from abroad and 63% of employees who work for members of the British Meat Processors Association are not UK citizens.

Of the 400,000 individuals that work within the food manufacturing sector, more than 30% of the labour force are from other countries.

The British Summer Fruits association has stated that 95% of their 29,000 seasonal workers are non-UK EU citizens, and despite their efforts, that included forging partnerships with job centres and ex-prisoners, but result indicate that UK citizens have no interest in taking these roles, and they are pinning hopes on a permit scheme.

In some areas of the food chain, it is the lack of masses of workers causing concern, while in others, an operation can hinge on the absence of one person.

For instance, in England, Wales and Northern Ireland, abattoirs cannot operate without a vet overseeing the animals on their way to slaughter – British vets don’t want to do this work, they want to work with livestock on farms or in domestic practices.

Currently, around 85% of abattoir vets are from outside the UK, and if they can’t enter the country to do such work upon leaving the EU, our meat supply chain has the potential to completely collapse.

British firm Heck Sausages have achieved great growth in the last four years, and having been projected to reach £18 million in 2017, they are about to move to a new plant but are facing staffing issues.

Director Debbie Keeble has previously said to The Guardian, “During the referendum, campaigners were going on about people coming over here taking our jobs. Well, they’re not, because nobody here applies for them.” 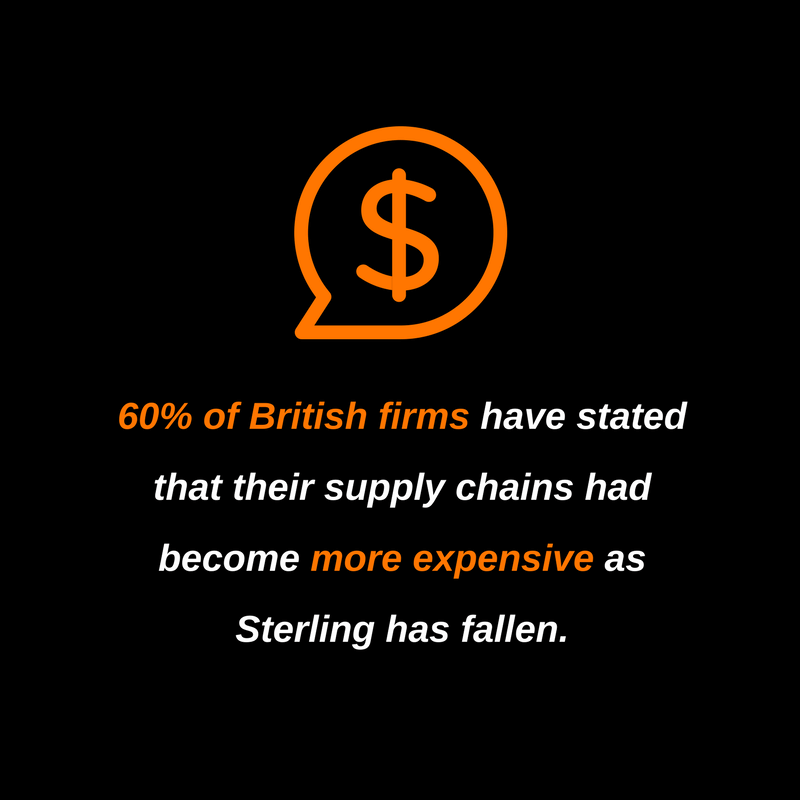 With an estimated shortfall of workers in the FMCG sector already being predicted, and a cap on immigration looming – who is going to fill these vacancies?

The volatility of the Pound has had an unprecedented impact on the FMCG sector, especially the supply chain.

The cost of imports are rising as the exchange rate worsens, and many businesses have suffered as a result, with suppliers increasing costs, the burden is being passed on to the retailers, and ultimately consumers.

Brands have been urged to take steps to improve the efficiency of their supply chain in order to prevent costs from creeping up even further, but around 60% of British firms have stated that their supply chains had become more expensive as Sterling has fallen.

There are concerns floating around the industry that it is the suppliers and manufacturers that will come off worse as retailers will not want to absorb the price rises.

In May, the Financial Times reported that almost 50% of European businesses had started to replace British suppliers with EU counterparts. 46% of European supply chain managers anticipated that a greater proportion of their supply chains would be removed from the EU. 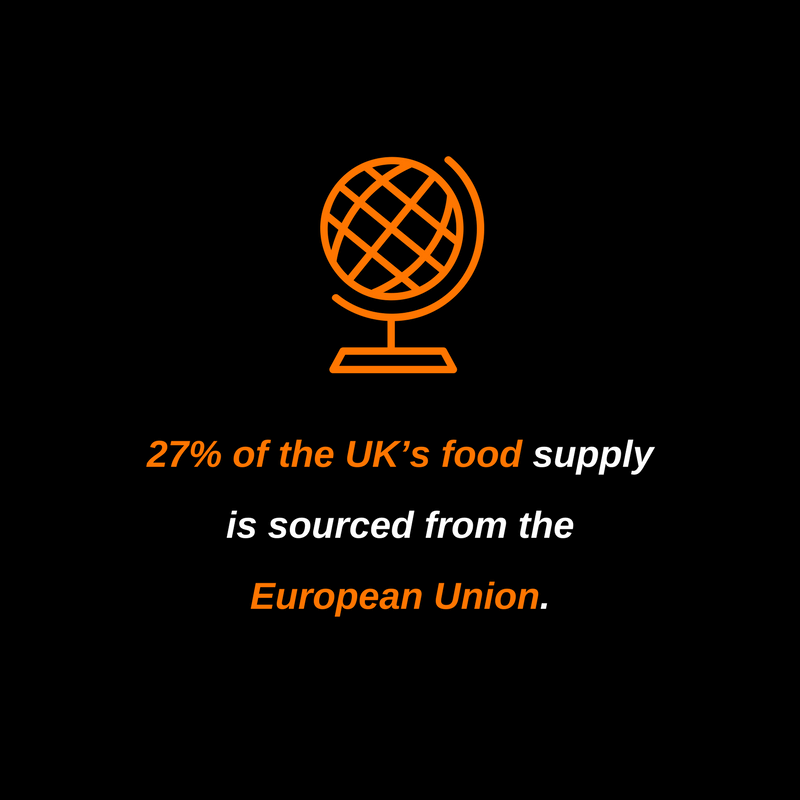 The price rises also come down to sourcing. The UK is heavily reliant on the EU when it comes to importing food and ingredients for manufacturing; 27% of the UK’s food supply is sourced from the European Union, as the Pound drops, food inflation is rising.

‘Healthy’ food is also viewed by many as being too expensive, if the cost of imported fruit and veg continues to rise, the food poverty will spread, and the impact will fall onto our already crippled NHS.

When polled, the British public say that they want to buy ‘British food’, but are largely unaware of the fact that many of the foods that are marketed as British are from other nations.

Ultimately, this request is unachievable, and as discussed, it’s highly likely that their ‘British’ foods will continue to increase. Perhaps it’s the issue of ‘food identity’ that needs to be addressed.

Food quality has been of increased concern in recent years, heightened by ‘clean eating’ trends, and leaving the EU has sparked concerns over the quality of food.

For instance, EU legislation has concluded that the use of synthetic hormones used by farmers in the USA to promote growth is not acceptably safe and posed risk to ‘vulnerable groups’, including pregnant women and children.

Under this ruling, it is unlawful to import beef from the USA, but this could potentially change when current legislation is replaced.

The entire industry is currently waiting with baited breath for the changes to legislation as EU laws are replaced.

Like other sectors, those in FMCG can only speculate with regards to exactly how the industry will change in the long run; but many are hoping that each element of the industry is considered in its own merit and in turn, British firms will have access to the supply and labour resources that they need to provide high quality, socially inclusive products, enabling them to flourish. 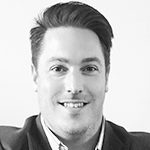 It’s fair to say that after a decade of recruitment that’s all I know, however I do know it well. Five of those years were spent in Hong Kong where I learnt a lot about myself whilst ...